The team at Piscitello Law is happy to mark the first of many years with our outstanding paralegal, Andrea Paparelli. She joined the firm on August 28, 2016 and has quickly become invaluable to the workings of the practice. Andrea has a remarkable ability to process information at lightning speed, while still being attentive to case details. She is the ultimate multi-tasker and can often be found on the phone, while working seamlessly between her two computers. Andrea is not only a high-functioning professional, she is also immensely generous with her passion for animals as she volunteers with our PAWS (Philadelphia Animal Welfare Society) chapter twice a week. Andrea has also fully embraced the cycling culture of our office and loves her new bike from our pals at Bicycle Therapy! Clearly, the universe was very kind to Piscitello Law by allowing our paths to cross.

Happy work anniversary, Andrea – you are a Rock Star!! 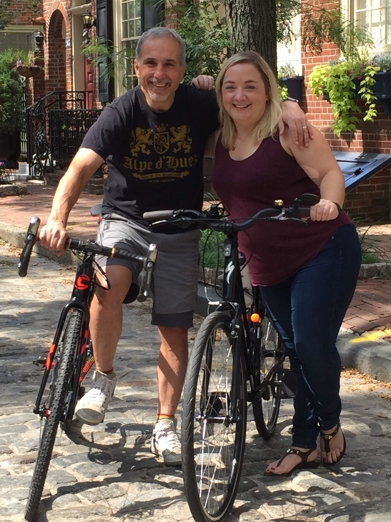