The fall of 2019 brought a flurry of news articles criticizing Philadelphia’s Society Hill neighborhood for blocking bike lane delineators along Spruce and Pine streets’ newly paved bike lanes. The Office of Transportation, Infrastructure and Sustainability (OTIS) project was widely praised for its goal to connect west and east sides of center city with a lane on Pine Street (westbound) and Spruce street (eastbound) from Front to 22nd. The initiative became controversial when the Society Hill Civic Association acted unilaterally to block the bike lane delineators in an effort to protect the “aesthetics” of their neighborhood. 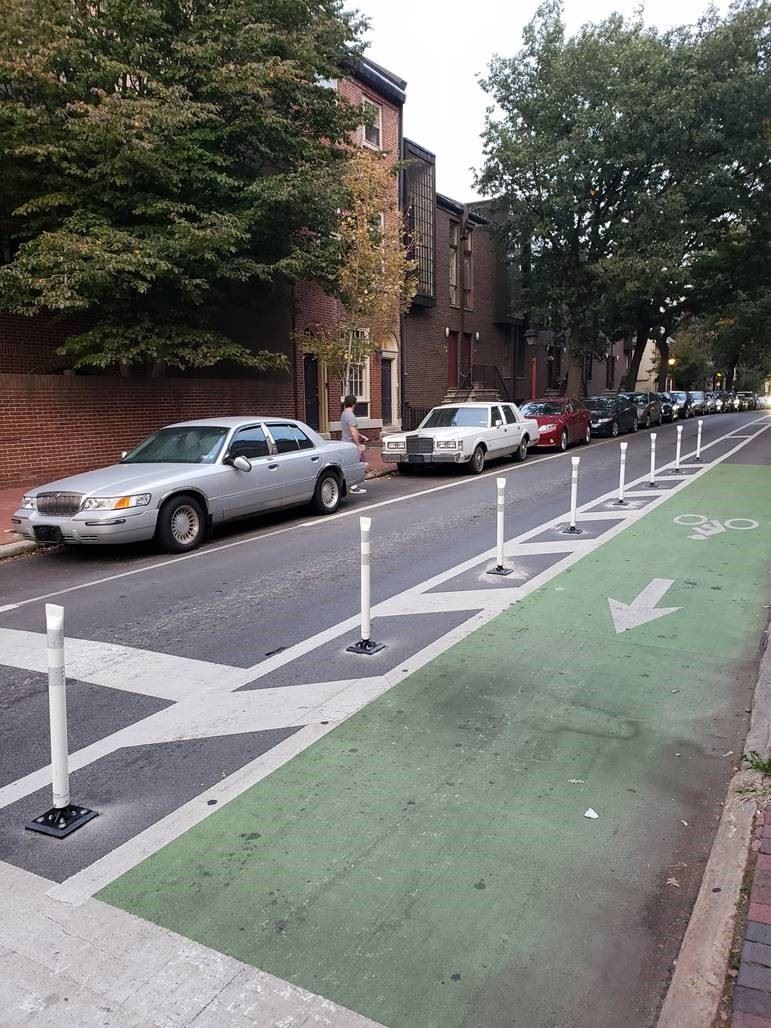 Many residents may recall Inga Saffron’s critical Inquirer article entitled, “When did Society Hill become a city-state unto itself?” as well as Claire Sasko’s Philly Mag post calling out the civic association in her article, “How the Revamped Spruce and Pine Bike Lanes Lost a Safety Feature in Society Hill”. 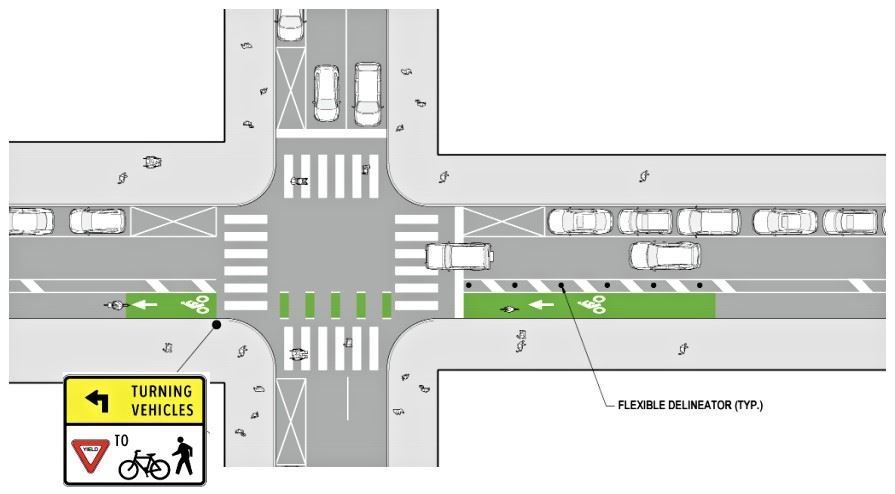 Once this issue became apparent to the residents of Society Hill along with cycling allies in neighboring areas, an organic group of supporters formed to take action. With the help of 5th Street Square, Feet first Philly, and the Bicycle Coalition of Greater Philadelphia, this group met frequently and attended several Civic Association meetings to make their concerns heard. This organic group of 60 supporters asked the Society Hill Civic Association to be more transparent and inclusive in this and future decision-making events which will impact the safety of all residents. The group also reached out to Councilman Mark Squilla along with OTIS Deputy Managing Director Mike Carroll to ensure that our elected officials were aware that the Civic Association did not accurately reflect the will of their neighborhood on this issue.

After months of tireless advocacy, the Civic Association agreed to the installation. While it took nearly a year for these delineators to be installed, this success story reinforces the need for residents to stay aware and be engaged in their community. Piscitello Law was honored to be part of this community effort as our law firm is located in the Society Hill neighborhood. We celebrate this victory along with our neighbors who came together to demand improved safety for pedestrians and cyclists. We also recognize the support from Laura and Rich Fredericks (Families for Safer Streets Greater Philadelphia) for stepping into this issue and adding their voice. The Fredricks tragically lost their daughter Emily Fredricks in a bike crash just blocks away and argue that bike lane delineators could have helped save their daughter’s life.

This community-tested issue was and still remains that bike lane delineators are one of the most basic tools that we can use to improve the safety of cyclists and pedestrians. We all know that more interventions and safer infrastructure are in order if we are going to drive down traffic death rates to zero, as per Vision ZeroPHL, but this is certainly a good step forward.